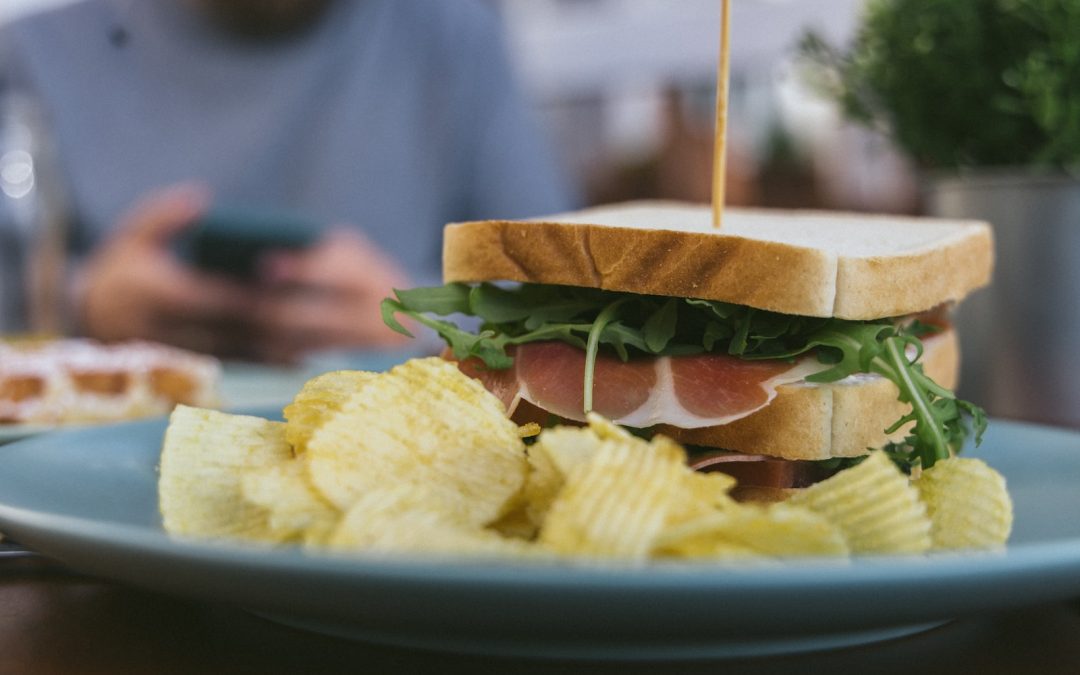 It was a salt & vinegar potato chip and it landed on the less than pristine picnic table, so I swept
it off into the nearby trees. Instantaneously, a ravenous flock of sparrows attacked, with the
swiftest of them swooping up the prize and winging off, leaving the others desperately
continuing their hunt. Later, walking along a restaurant row, a dozen or so pigeons were beak
to beak, and feverishly pecking away at an abandoned chunk of bread. A friend’s grandchildren
wanted to feed the fish in the pond and when the first toss of tiny pellets landed on the water,
there was an orange and white flash as the previously languid koi swooshed in to snatch up the
precious morsels. It was apparently more fun throwing handfuls of feed than providing food,
so, soon, there was little response to the repeated offerings. We, as human beings are not
much different. One minute, streets and sidewalks are teeming with motorists and pedestrians,
and the next, there are empty streets and teeming restaurants. Whether birds or fish or
humans, when the stomach signals hunger, attention is diverted away from the task at hand,
toward nourishment – according to picky, often peculiar, preference at first, but failing that,
eventually, anything that appears edible (or is it just me?).
Growling, rumbling bellies are bellies not at peace. Something is missing and they will not be
denied. Following initial alerts, hunger pangs begin in earnest, causing many of us in the
Western world to ludicrously proclaim: ‘I’m starving!’ But God has created us with many
insistent hungers, including spiritual hunger, and in His beautiful generosity, has offered our
souls the perfectly defined solution – Jesus’ peace. If that makes you hungry, let’s talk more
tomorrow at 10 AM, 4 PM, 6 PM. See y’all then. PD