Over the hill and through the woods 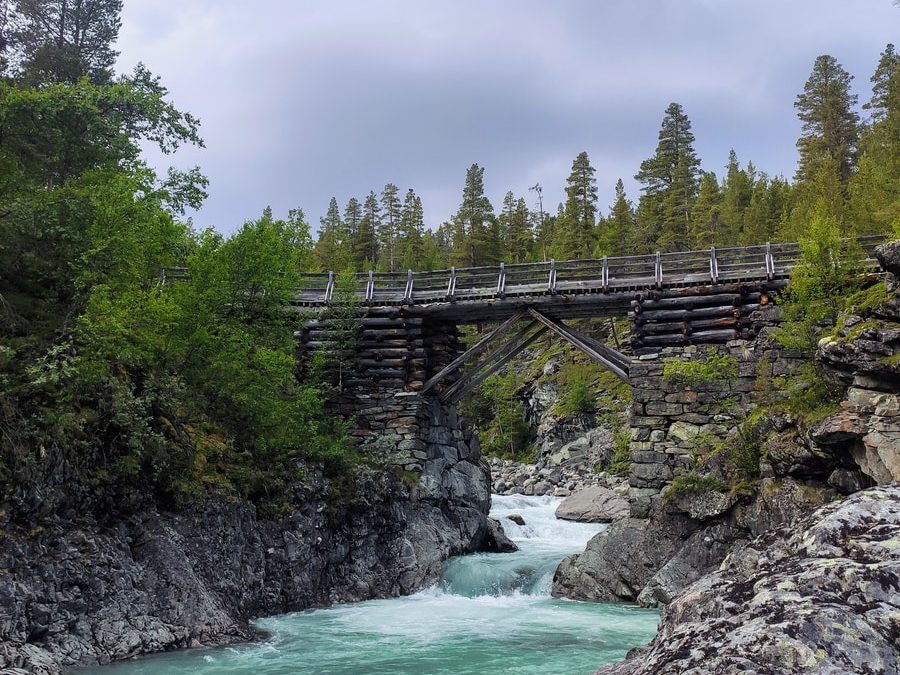 It’s instantaneous. The face closes up. The cheeks retract. The nose wrinkles. The eyes squint. The brows furrow, lowering in an attempt to ward it off. It’s involuntary. The turning away. The gasp for air. The vocalized ‘unhh!’ followed by, “Did something die in here?” Yes. You know it, too. Opening a door into a long unused space and catching that first whiff of mustiness, mold, damp, decay, and stale, malodorous air. One exception comes to mind: Nannie’s cottage, that magical place we’d occasionally travel to on a weekend. It was an hour’s drive, more or less, after crossing the bridge over the Petitcodiac River and following it east to the hamlet of Hopewell Cape. Opposite a one-pump gas station on the left, was the gravelled, one-lane road that climbed steeply into the forest. At the top, at the T-intersection, you turned left onto a small lane (a path with tire tracks through the grass) that continued about a quarter mile to the clearing at the end, and there it was with the tire swing always waiting in the tree, a funny-looking green metal swing thing that pinched your fingers if you weren’t careful, and a riot of flowers and bushes and birds. In all the windows of the cottage were my grandmother’s knickknacks – millions of them! But the best thing of all, though a little bit creepy, was up the wonky back staircase that led to – the attic! Yes. It did have that smell I mentioned, but to me, it was like buried treasure was supposed to smell and it added to the exotic safari I was about to head out on. There were shelves and boxes and a big trunk, old picture frames, some scary coats and things hanging on hooks from the rafters (they were too ominous even for me to touch!), lots of contraptions that made no sense to me at all, and books – a gazillion of them! By cautiously scooching past the suspended garments, I could get to the window at the far end where I could sit and explore my finds until Nannie called me to come down for milk and her fresh-out-of-the-oven cookies. Till next time, attic, old friend.

While that was enchanting to a young, inquisitive boy, encountering mustiness is not one of my favorite things today. Sometimes not the smell, but a feeling in the air, an atmosphere, that prompts that recoiling reaction. Sadly, it was, all too often, encountered in a church setting. Worse still, it seemed that that was chosen! What people expected! Serious frowns. Muffled tones. Stoic stances. Rigid everything. Funereal. The singing was sometimes like that, too. Kinda limp, unenthused, rote, detached from the words being intoned. (it was, admittedly, a difficult assignment when the elderly musician was, with difficulty, finding the right notes, keeping up the tempo and simultaneously forcing air into bellows of the pump organ.) All these things unintentionally miscommunicated the nature of the grand party invitation issued by Jesus. His heart is full to bursting with crisp, allergy-free spring air, fresh excitement, passionate appeal. As King David says: “ . . . I experience your wrap-around presence every moment. My heart and soul explode with joy – full of glory! You bring me a continual revelation of resurrection life, the path to bliss that brings me face-to-face with you.” (from Psalm 16, TPT) How about, more open air, less closed up attic? See all you happy travelers tomorrow at 10 AM, 3 PM, 4 PM.  PD