Better than a candy store! 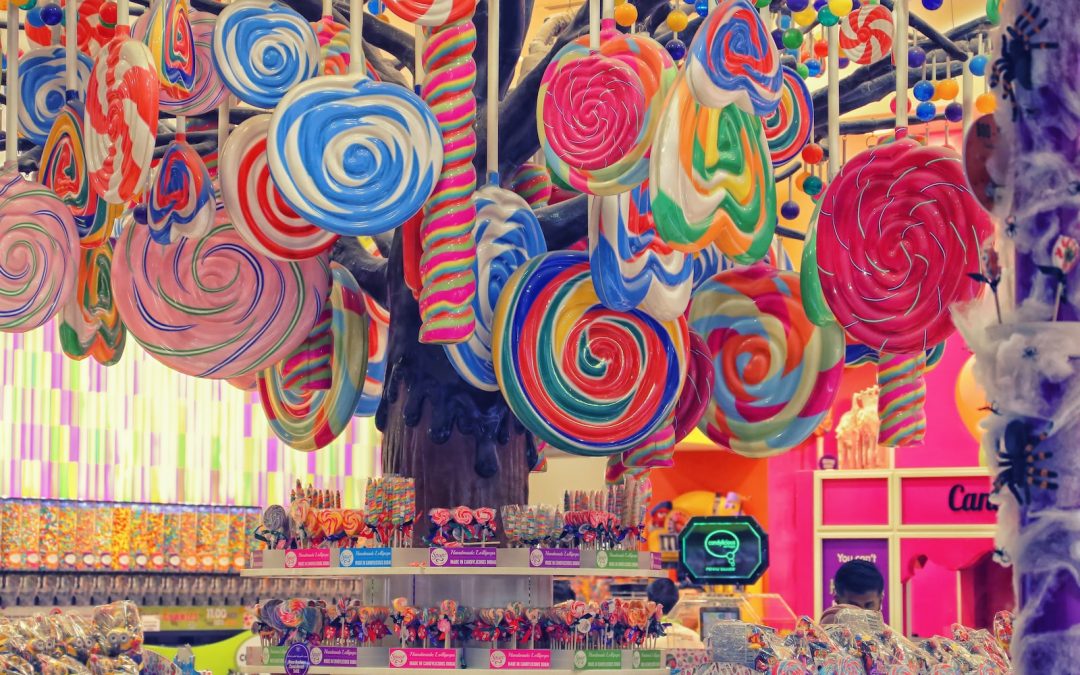 For little children, the world is an ever-unfolding series of ‘new.’ Colors and textures and sounds and tastes and smells; the exotic concept of seasons – all four of them, each one a complete toybox of discoveries, each more fascinating than the one just past. Then, of course, there are special occasions they are introduced to, like birthdays and Christmas and Easter and picnics. On top of that, there are visits from new, big people called Grandma and Grandpa (or some variation of same), and aunties and uncles and other little people, too, called cousins. Sometimes there are dogs that bark and cats that purr and birds that chirp and gerbils that do cardio and guppies that chase other guppies. And what about beaches and mountains and trains and planes . . . ? Yes sirree! Every day brings a parade of ‘new,’ all of it wondrous and surprising and happy-making. So much fun is happening all the time that it seems an injustice to have to go to bed when you’re not even tired. I mean, what if some new thrilling thing comes along and you’re not there to take it in and add it to your list?

Ah, the bounding energy of little ones! Their heart-melting, wide-eyed, ‘Oh!’ at the next ‘new.’ All of this must have been in Jesus’ thinking when he upended his disciples’ world by pointing to the smallest among them as the most likely to continue treasure hunting in his Kingdom. Up until he spoke those words, no one in that society had given serious consideration to that miniature segment of the population. And why did Jesus insist that his disciples become like those toddlers, going so far as to say if they didn’t revert to childlikeness, leaving their burdened, anxious, frightened, adult ways behind, they wouldn’t even be able to find the entrance to his Kingdom?! And what do Jesus’ words require of us, in 2022? What aspects of childhood have we jettisoned in the off-kilter-ness of the society we have to navigate? We’ve recently re-visited the freedom that is now ours, along with the peace and joy that are now ours. Could there be a missing element preventing us from living daily the fullest measure of those three promised gifts? Could it be childlikeness? Could there be, even now, the possibility of a return to simpler, more satisfying days, more innocent, more energizing life-rhythms? Could the Holy Spirit be longing for us to find His voice, his direction, his gifts, his ever-unfolding array of jaw-dropping divine appointments, yet still more ‘new’? This deserves a think, don’t you think?  PD