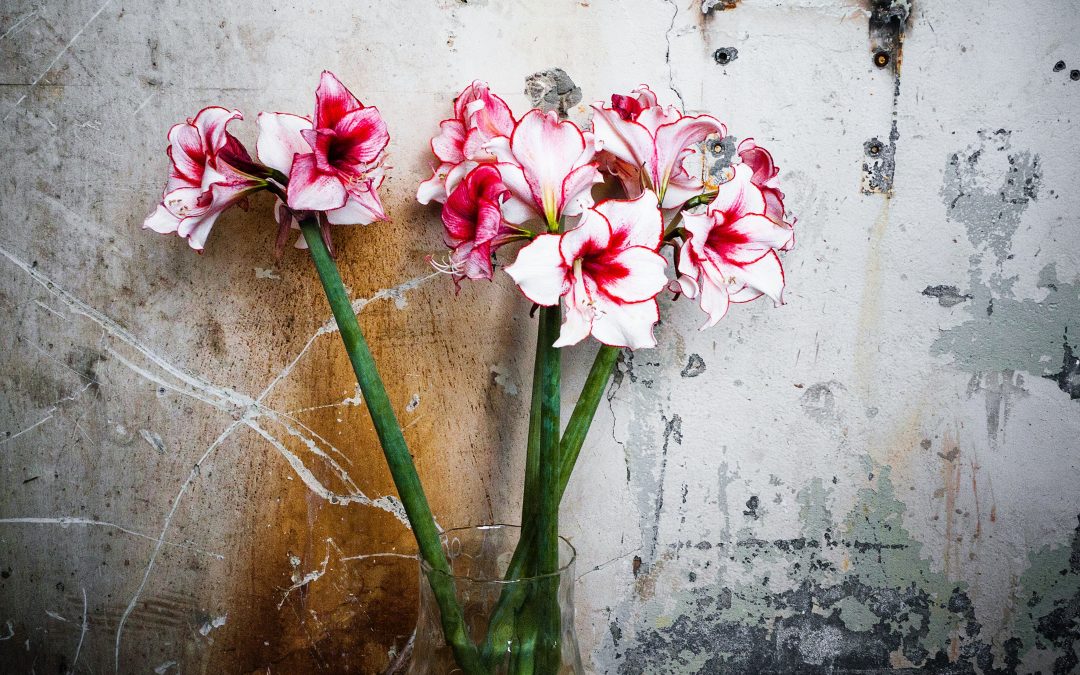 Do you ever say something and, afterward, wonder where that thought came from? Well, just the other day in conversation I heard myself say, “We live in glorious mystery.” I’ve since been pondering this tidbit to determine if it is worth passing along to you and have decided finally that, yes, there’s enough merit to set you to pondering, too. Here’s my ever-evolving take, marinating as I am right now in my mounting wonder at another Advent season. The word ‘Advent’ derives from the Latin for ‘coming,’ and we take time out on the four Sundays prior to Christmas each year to revisit, in detail, the Scriptures as they tell the story of God coming, this story steeped in glorious mystery. It reminds me of the year we were given a box containing an Amaryllis bulb in dirt in a pot. The bulb looked like a pitiful, partially submerged, stemless, turnip. We meticulously followed the enclosed instructions (the failed experiment wasn’t going to be our fault!) which promised we would soon enjoy a beautiful blossom (only very slight skepticism at this). Within days, though, our ‘turnip’ began to crack open and only a short time later there was a tiny green shoot, followed by a rapidly growing stalk determinedly pushing itself up and away from the turnip by 4-5 inches a day! Two green, tightly-closed swellings appeared overnight and it became obvious that flowers were percolating in there, as there was a starting to show both scarlet red and creamy white as the construction project continued. One morning, blazing atop the now-twenty-inch tall stems, what to my wondering eyes should appear but two enormous and stunning flowers, white with deep red edging! Promise fulfilled! But only in part, because there would follow three more, crazy-awesome, humongous blooms in quick succession! The Freeman household, not known for plant survival, appreciated the minimum TLC required and seeing these flowers emerging miraculously all on their own and on schedule held us both in awe! It was, truly, glorious mystery! I’m thinking God divinely cherishes our childlike, silly-grin, wide-eyed-with-wonder reactions to this life, this banquet of glorious mystery he serves up for us. It’s probably why the Advent Child would go on to recommend living like little children for whom everything is an innocently-accepted, always-surprise-filled, only-worry-free, day-after-day, glorious mystery. Ugly duckling? Hmm. Not so much! PD